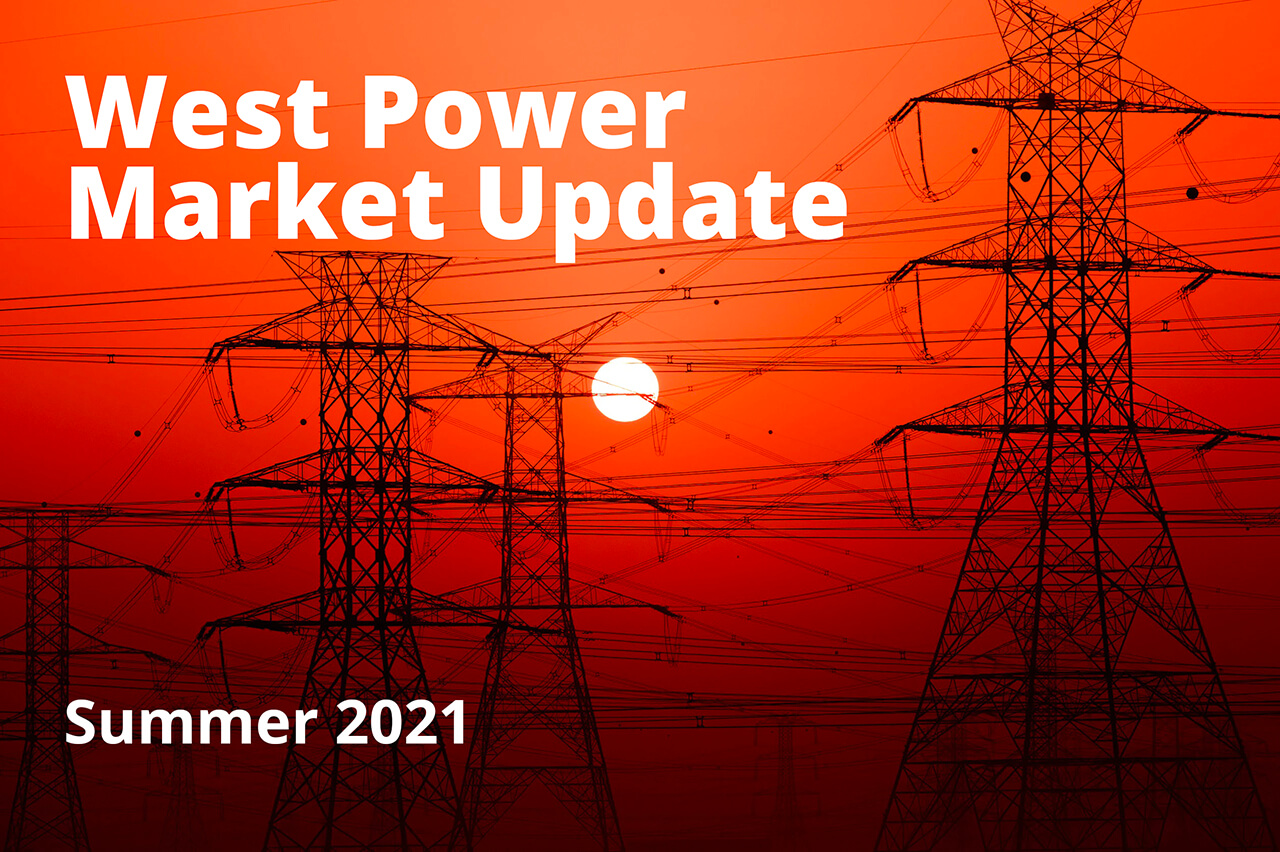 June and July were far from normal as above average temperatures, transmission outages, and weak hydrogeneration led to strong price volatility.

As we enter August, there are multiple risks that could drive expensive electricity prices in Western regions.

Risk #1: Pacific Northwest & California Hydrogeneration
Reservoir levels are dangerously low, which could lead to power plant shutdowns due to lack of water. Industry analysts project certain power plants could come offline as early as August 12. In fact, the California State Water Board has unanimously agreed to issue an emergency order that bans some farmers from diverting water from rivers and streams in the Sacramento and San Joaquin river watersheds to irrigate their crops.

Risk #2: Unplanned Power Plant Outages in the West
The natural gas generation fleet in California has been running at historically high rates this year. This above average usage is needed to compensate for retired coal generation and below average hydrogeneration. With hydrogeneration continuing to decline, the Western grid will further lean on natural gas generation to meet peak demand in the evening hours. Generators will be tested as wear and tear could lead to unplanned outages and extreme volatility in the market.

Risk #3: Weather
The month of August usually brings extreme temperatures to the heavily populated coastal areas, which significantly impacts demand levels. Additionally, ongoing fires and hot temperatures in August could cause important transmission lines to be derated. Ultimately, the biggest risk is a heat wave hitting the Western region at the same exact time.

Takeaway: This year has brought tremendous price spikes and volatility to energy markets. Count on Ecom-Energy to provide the objective expertise to navigate these hurdles and minimize cost impacts!