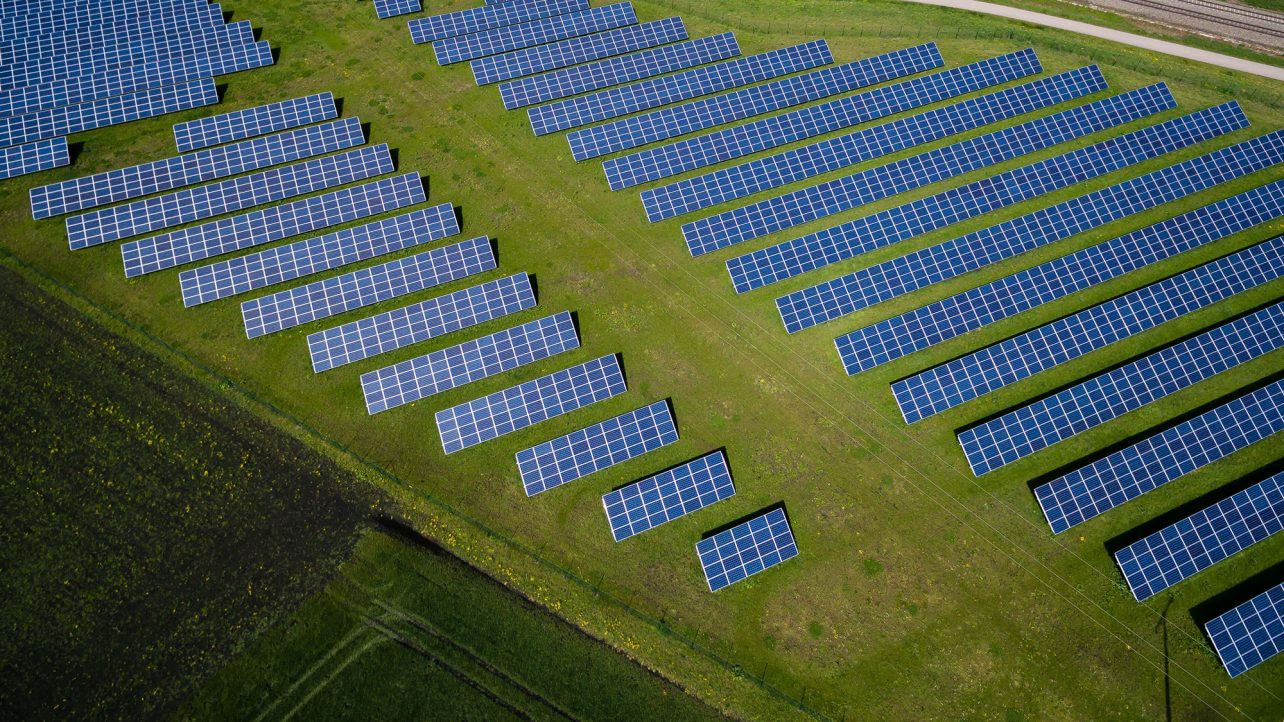 Sustainability maintains the conditions under which facilities can exist in productive harmony, that permit fulfilling the social, economic, and other requirements of present and future generations. Sustainability is an ongoing and long-term goal, and its execution is implemented over time. As population growth increased up to 46% in some of the major U.S. cities from 2000-2010, sustainability is an issue affecting all.

Changes and increases in urban development, energy use, and physical infrastructure have led to changing standards in facilities and air quality. Lack of sustainability for a facility could lead to loss of energy, inefficiencies of use, potential energy supply disruptions, and over-reliance on outside sources of energy such as foreign oil. Rising costs are a byproduct of the aforementioned sustainability issues.

To combat the changing energy landscape, healthcare facilities need to develop a plan that typically entails a healthy and proper mix of fossil fuels, alternative energy, high performance buildings, and renewable energy. At the end of the day, it comes down to economics. The following financial factors influence the end profitability of a project:

Fossil fuels are simple forms of energy from organic matter, consisting of carbon and hydrogen bonds. They require a transportation structure, are carbon intensive, and cause global warming and pollution. Fossil fuels carry environmental setbacks but are highly concentrated sources of heat and energy content.

The last several years has seen a surge in evaluating energy costs. Typically, energy spend was left to facilities management, but due to recent increases, executives are pinpointing utility budgets. As such, all hospital projects are undergoing increased financial review but those aimed at efficiency are being approved. Over the past two years, hospitals have tended to implement safer, low investment strategies with more immediate payback. Average simple payback for energy conservation projects is 3.8 years. Efficiency upgrades include:

High performance buildings incorporate features of energy, environmental, and economic performance that are substantial improvements over standard construction practices. This strategy uses a whole-building approach with innovative technologies and materials while providing a healthy environment, and efficient energy/material use. High performance buildings, dubbed “green buildings,” cost less to maintain (19%), use less energy (25%), use less water (11%), emit less CO2 (34%), and have higher rates of satisfied occupants (27%). Measurements can be done through the ENERGY STAR® rating program.

LEED Certified-Silver: Instituted building energy management systems to control artificial lighting, and light sensors. They also use recycled and local products. They instituted flex rooms that can be used for ER, PAT, Med-Surgical applications. 6,502 CCF of natural gas saved per year. 382,611 kWh of electricity saved per year. 220,000 gallons of water saved per year.

Greenwich hospital had an initial energy star rating of 47, with a 75 rating needed for Energy Star designation. They implemented deep retrofitting which reduced their overall energy use by 35% with less than a 6 month payback. They saved 1.7 million kWh and $303,000 worth of electricity annually. They ended with an energy star rating of 88.

There are numerous forms of alternative and renewable energy. The key to determining feasibility for each technology is site specific analysis and application.

Renewable energy is a form of energy derived from and replaced rapidly by natural processes. Examples of renewable energies are:

The process of waste to energy entails converting biomass to bioenergy. Biomass is all of the earth’s living matter. Bioenergy is the energy derived from the living matter which is recently deceased. Biomass needs to be processed via combustion, chemical treatment or types of catalysts which may be fossil fuels. Waste to energy is a land greedy energy source. 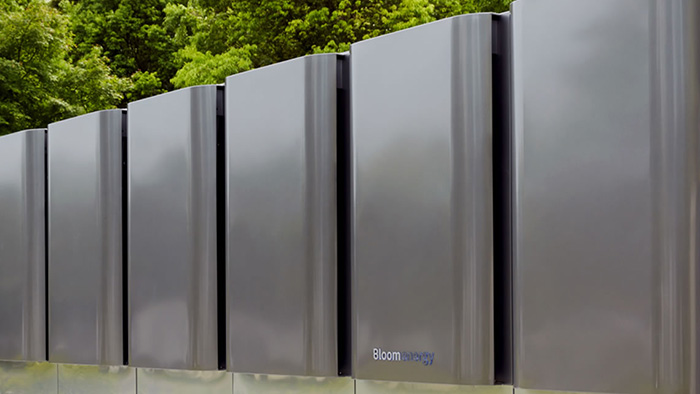 There are different technologies within the fuel cell community. The technologies vary based on the type of fuel used as well as heat emissions. The three biggest setbacks of fuel cell technology are cost of installation, cost of maintenance, and availability of fuel source (typically hydrogen or natural gas). The efficiency of a fuel cell is typically dependent on the amount of power drawn from the unit. Therefore, drawing more power requires more current which equals greater losses. When the fuel or reactants are hydrogen or oxygen, the reactants need to be recharged or refilled.

Applications for fuel cell technology are: 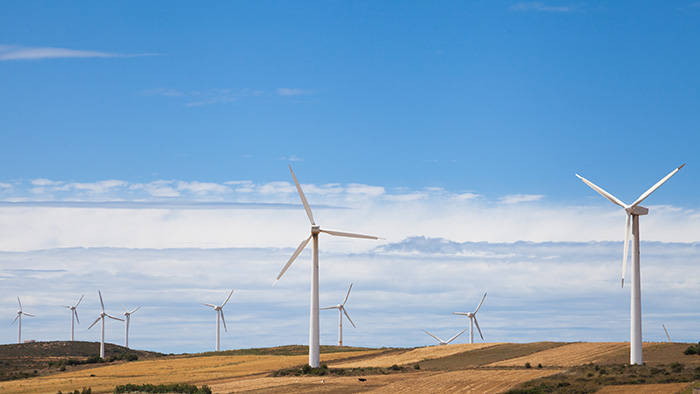 Wind is becoming more mainstream but most use is power generation. A facility would need to be located in a Class 4 wind rating area, which equals approximately 14 MPH for efficient production. Wind systems are high maintenance and noise is a large objection to city installations. 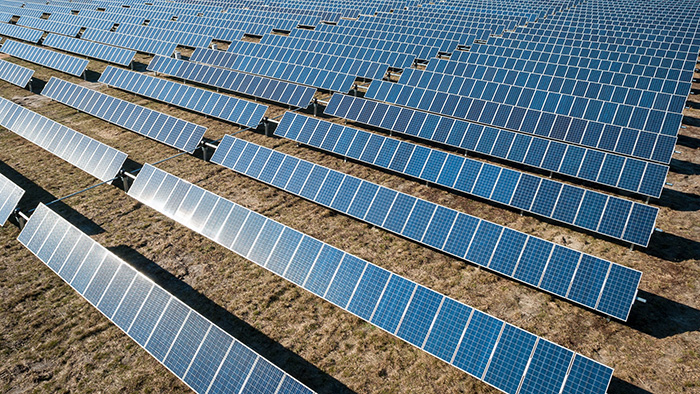 Solar thermal and photovoltaic systems (PV) have been around for decades and efficiency upgrades and technological advances have made them the most popular and cost effective forms of renewable energy.

A SHWHS does not replace a traditional heating system but augments its usage. The system uses panels to heat a liquid which in turn heats the water.

A solar photovoltaic system is made up of modules or panels of silicon wafers. These modules are combined to form a solar array. The solar array uses visible light waves to produce electricity. Efficiency and energy yield of solar panels are advancing. The solar modules are the most expensive component of the system.

The typical footprint of a 2 kW system is 150 square feet. Therefore, a standard 750 kW solar PV system would require approximately 56,000 square feet of space. Solar also has the lowest maintenance costs of all renewables.

Kaiser Pemanente has installed solar PV systems throughout California, Hawaii, and Colorado. Their goal is to install solar at over 100 hospitals nationwide. In 2011, they installed solar at 13 locations with a capacity of 11.3 Mw. 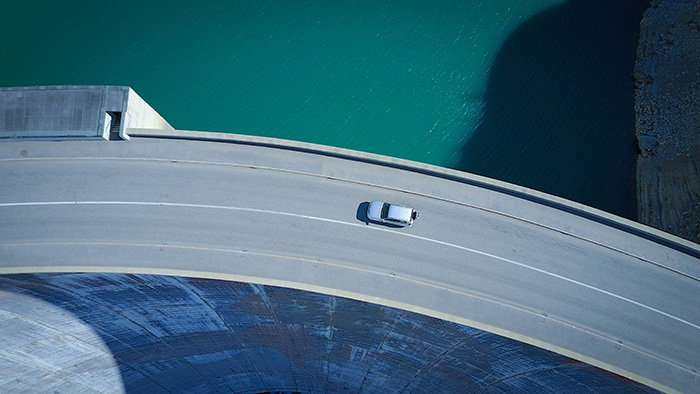 There are numerous applications of hydropower, but typical locations are specific to water abundant areas. Advantages of hydropower include no required fuel (free water), no pollution, low operations and maintenance costs, and reliable and proven technology. The disadvantages are the high investment costs and dependence on naturally sourced water.

Efficiency can be up to 50% with a high head. Tidal power, wave energy, and ocean thermal energy systems are also hydropower technologies that are specific to ocean use.

Geothermal energy can be used for electric production, direct use, and ground source heat pumps.

The idea of hybrid alternative systems involves the combination of two or more energy conversion devices. The goal is to combine the devices to overcome the limitations inherent in either single use technology. Hybrid systems address the limitations of either technology in terms of fuel flexibility, efficiency, reliability, emissions, and economics. An example of a hybrid alternative system is a solar PV/fuel cell installation, as well as a storage system such as battery or thermal storage.

University of Maryland installed a Combined Heat and Power unit which will save $9 million over a 20 year lifespan. The system will generate approximately 13 million kWh annually. 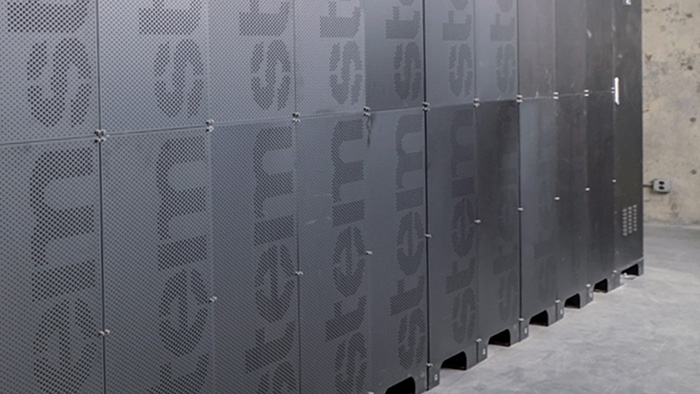 Batteries can be used to store energy and power in DC or AC. An energy system would charge the batteries during the day for use at night, such as a solar PV system charging a battery for use at night when the sun has set. However, because storage batteries are deep-cycle they require frequent maintenance. There are lead-acid, zinc bromide, vanadium redox, and sodium sulfur battery storage systems.

The Future of Alternative Energy